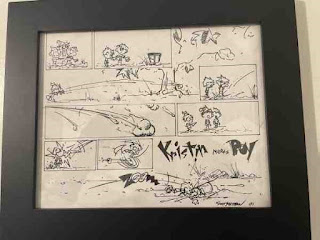 I Threw A Snowball At A Stranger Eventually He Became My Husband
It was the first week back after Winter Break in 2001, however the weather was cold and icy, so classes were cancelled. No syllabi, no homework, no classes, just friends, sled-riding, Nintendo, movies and other shenanigans.
My two girlfriends and I were walking back from a meal at Centennial Hall when I decided to be a show-off and instigate trouble. A little ways ahead were two guys who were also returning to their dorm after eating in the dining hall. I said to my girlfriends I bet you I can throw a snowball and hit one of those guys! They just laughed with doubt. I took my first throw and missed. Ug. On my second attempt I came closer, drew their attention and even got yelled at. Ha, you can’t hit us! said one of the guys. On my third and last throw, I nailed the loud mouth in the back of the neck. I cheered and keeled over laughing. However, to my surprise, when I looked up I saw that the guy I hit was charging at me! This sight actually made me start laughing even harder and I knew there was no way out of this one. It’s fair to say, I was deserving. He tackled me to the ground and we both died laughing. Initially, for a split second, there was an awkward moment where this total stranger was laying on top of me but then jumped up, grabbed my hand, helped me up and introduced himself. After Mike and I met for the first time, I would run into him often on campus and just start laughing and say to friends. There’s the guy, the one I nailed with a snowball!! Over time this stranger became a good friend. Eventually, we fell in love and got married. Who would have ever guessed I’d marry the guy I nailed in the back of the neck on that cold, winter day.
The comic strip photo was made for us by a friend after that humorous encounter, simply because he thought it was such a funny story. That artwork hangs in our bedroom today.
at 5:47 AM